JetBlue Pilots to Use iPads in Air

With the approval of Federal Aviation Administration, JetBlue Airways (JBLU - Analyst Report) will allow all its pilots to use custom-equipped iPads

Condolences Message on the Occasion of Drowing of Krean Ship

P.M.O management would like to express their most cordialcondolences for the unfortunate drowning of the passengership M/V Seoul and the sad death of

All efforts will be made to revive Hanjin Shipping

Hanjin Group head: All efforts will be made to revive Hanjin Shipping The new chairman of Hanjin Group, Cho Yang-ho, said Tuesday that every effort w 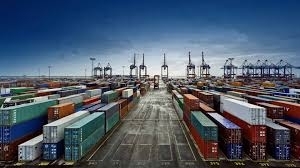 The International Chamber of Commerce (ICC ) published the 8th and current version of its International Commercial Terms, also known as INCOTERMS® on

Four largest Russian business associations call on President Putin to ensure reinstatement of TIR and raise issue of looming inflation if no solution is found. Moscow - The four largest Russian business associations addressed President Vladimir Putin with a very clear written request to take decisive actions so that the Federal Customs Service of the Russian Federation (FCS RF) immediately reauthorises TIR once and for all on the entire territory of Russia. This unprecedented letter was co-signed by the leaders of four organisations, which represent the entire business community in Russia: the Russian Chamber of Commerce, the Russian Union of Industrialists and Entrepreneurs, Business Russia, and OPORA Russia (Union of Small and Medium-sized Enterprises of Russia), and stresses:

“The cost of the surety – the most common form of financial guarantee used in conjunction with the additional services currently imposed by Russian Customs - significantly exceeds the price of a TIR Carnet by up to 64 fold (RUB 2,500 for a TIR Carnet vs. RUB 160,000 for a guarantee over a lengthy route). In an already unstable economic situation, rising costs for the delivery of goods will be reflected in the final price of goods on the domestic market and will increase inflation.” This key intervention from the Russian business community follows the recent release of four independent economic studies confirming that direct economic losses for the Russian economy, resulting from the current illegal TIR restrictions imposed by the FCS RF, could easily exceed USD 2.2 billion per year. Further to this letter, the Russian Presidential Administration requested that competent Russian Ministries coordinate an official position to respond to this clear request from the Russian business community. Vice President of “Business Russia”, Vitaly Survillo, said, “Foreign trade operators need predictability, but the current situation is unpredictable and much more expensive.” Earlier this week in front of the State Duma, Russian Prime Minister, Dmitry Medvedev, committed to instruct all competent Ministries to control the issue of illegal charges at Customs and to review the matter so that a suitable solution can be found in the nearest future. All stakeholders both inside and outside of Russia now hope that President Putin will ensure that the FCS RF fully respects the United Nations TIR Convention, by reauthorising as soon as possible the full use of the TIR System on the entire territory of Russia.